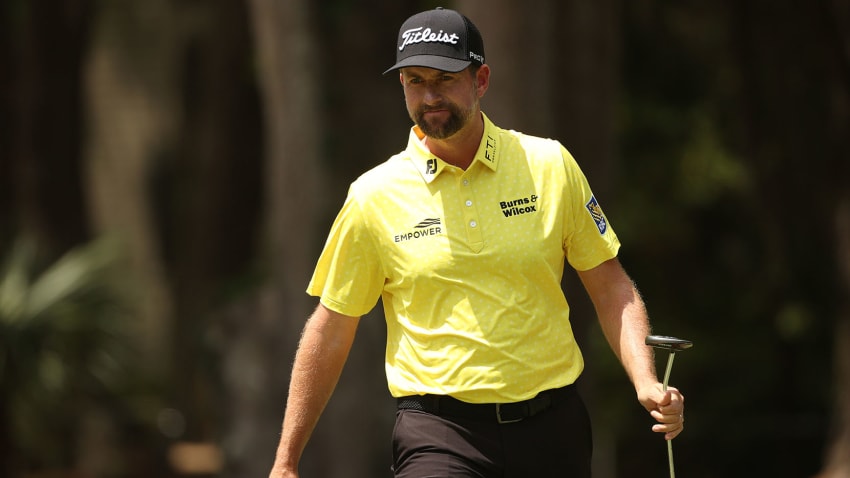 06 May Webb Simpson to withdraw from Wells Fargo

Webb Simpson lives at the Quail Hollow Club, but he will only be watching this week’s Wells Fargo Championship at his home course. A neck injury forced him to withdraw before Thursday’s first round.

“I am super disappointed to have to withdraw from the Wells Fargo Championship,” Simpson said in a statement to Golf Channel’s Todd Lewis. “I have a minor neck strain, which made it too difficult to swing this morning. I am optimistic for a speedy recovery in hopes of playing in the PGA Championship. Thank you for all the well wishes! I will definitely miss playing this weekend at home.”

Simpson is 41st in this season’s FedExCup with nine top-25s in 13 starts, including five top-10s. He is coming off a T12 at the Masters and T9 at the RBC Heritage. He is ninth in the Official World Golf Ranking.

“I’m more confident than I’ve been all season, but still looking to have a couple higher finishes, have a few more chances to win Sunday,” Simpson said in his pre-tournament press conference. “I think I’ve only had one or two chances this year to win and that’s what it’s all about. That’s what I think made last year so special. I had plenty of chances to win Sunday, and eventually you’re going to get it done. As I look kind of the next three or four months of golf, that’s kind of what I’m looking for is more opportunities on Saturday, Sunday to be in contention and, you know, I think what we’re working on we’ll see some fruit from.”

He has made 11 starts at the Wells Fargo, including a runner-up finish in 2015. He finished in the top 25 in each of the past two Wells Fargo Championships.